When it comes to under-the-radar killers, sepsis is at or near the top of the list. It can begin quietly, often looking like the flu, pneumonia, or a urinary tract infection. And then it escalates, quickly erupting into widespread infection and inflammation that can cause organ failure and death if not treated fast enough.

Sepsis accounts for one-third to one-half of all deaths that occur in US hospitals, or between 225,000 and 350,000 deaths a year. That puts it right behind heart disease and cancer as a leading cause of death among Americans. Yet sepsis barely gets mentioned in the press and hasn’t attracted a fraction of the research interest as heart disease and cancer. New research published Monday in JAMA is a welcome addition. 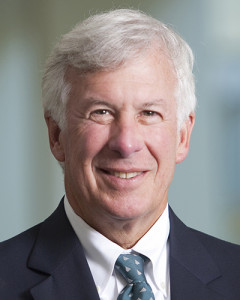 Like other academic medical centers, Dartmouth-Hitchcock Medical Center treats patients with sepsis all the time. Sometimes it is detected in the emergency department, often among patients who have been transferred from other centers because they are going downhill fast. Sometimes it crops up in patients who were admitted to the medical center for something else, like kidney problems or an operation, but who picked up a bug that morphed into serious infection. It could be an adolescent or a 90-year-old with cancer receiving immunosuppressive therapies that make them more susceptible to a life-threatening infection such as sepsis.

Related: Young stroke patients could be waiting too long to get treatment

Because of the different streams of patients, we didn’t realize the full effect that sepsis was having on our patients. When we took a close look at it in 2014, we were very troubled to learn that nearly half of the patients who came to Dartmouth-Hitchcock with sepsis, or who developed sepsis in our hospital, died; the national average is between 35 percent and 60 percent.

I called together clinicians and other experts from various parts of the medical center and said we needed to fix deaths from sepsis ASAP, meaning before six months had passed. With a $26 million innovation grant from the Centers for Medicare and Medicaid Services, collaboration from our partners in the High Value Healthcare Collaborative, and some exhaustive work, we did just that — our death rate from sepsis dropped by more than 75 percent.

The solution wasn’t fancy; there was no code to break. We simply made sure that all clinicians were aware of the warning signs of sepsis and set a low threshold for starting treatment. We also standardized treatment, adopting the evidence-based “three hour bundle.” That means doing the following things within three hours of suspecting that someone might have sepsis:

Dr. Andreas Taenzer, a Dartmouth-Hitchcock anesthesiologist, led the effort. When he presented the results to our board of trustees, with tears in his eyes he told them it was one of the most rewarding things he had done in his career.

Related: Should patients be able to record their surgeries?

Our mission now is two-fold: First, we need to scale and spread our work. We have begun to raise awareness of sepsis among community hospitals, primary care practices, and emergency responders. Getting them to identify people who might have sepsis before it gets out of hand would let treatment start sooner and avoid unnecessary transfers and more expensive hospitalizations at tertiary medical centers. Second, we need to spread the word about the three-hour bundle. A grant from the Laura and John Arnold Foundation will help us do this among the 17 High Value Healthcare Collaborative health delivery systems, which collectively serve more than 70 million Americans. A goal of national dissemination will follow. Ultimately we hope our work will have a global reach.

The move to redefine sepsis, as described in Monday’s JAMA, will help rein in this complex condition. Widely applying the three-hour bundle will go even further toward preventing the vast majority of deaths from it.

Dr. James N. Weinstein is chief executive officer and president of Dartmouth-Hitchcock. It includes New Hampshire’s only academic medical center and a network of clinics across Vermont and New Hampshire that serve 1.9 million patients. His book, “Unraveled: Prescriptions to Fix a Broken Health Care System,” will be published in February 2016.

Disruptive science is leaping forward, not limping along

Promises — and pitfalls — of ChatGPT-assisted medicine