CLEVELAND — The main hall at the Republican National Convention has been ringing all week with talk about terrorism, immigration, and national security.

But in a side venue on Wednesday, a small crowd gathered to talk about a more intimate topic: obesity.

Pharma giant Novo Nordisk cosponsored the “Rethink Obesity” panel here, and plans to cohost a similar event during the Democratic convention next week in Philadelphia. The goal: To push lawmakers to enact a bill, pending in Congress, that would lift a longstanding ban on Medicare paying for obesity medication.

“That kind of blanket exclusion is unscientific and counterproductive,” said Dr. Scott Kahan, a physician at Johns Hopkins University and director of the National Center for Weight and Wellness. “As a policy standard, it’s really silly, for the lack of a better word.”

Along with Novo Nordisk, which happens to make a pricey obesity medication, sponsors of the event included patient advocates and physicians. They urged an audience of about 50 people, mostly of congressional staff and policy advocates to work toward passing the “Treat and Reduce Obesity Act,” a bipartisan bill that would allow Medicare to cover both medications and behavioral therapy.

Over a lunch of turkey bacon and quinoa, organizers showcased patients who talked about their struggles with obesity and their pain at the perception that they simply lack the willpower to diet.

“You leave your home, you’re walking down the sidewalk, and someone yells out of a passing car, ‘You big fat whale!’ and you keep walking,” said Patty Nece, a patient advocate. “That’s willpower.”

Dr. Deborah Horn, medical director of the University of Texas Center of Obesity Medicine, said society extends far more sympathy to cancer patients and people with HIV, though obesity afflicts more Americans each year and can lead to dire health consequences. “In policy, how do we get the same level of compassion and support in obesity?” Horn said.

Both Horn and Kahan have extensive ties to the obesity pill industry.

A touch of celebrity dazzle

The event steered clear of partisan politics, though there was a bit of celebrity razzle dazzle as organizers brought in actor Billy Baldwin (who is no fan of Donald Trump) to introduce the panel. After that, though, it was heavy on policy, with a clear focus on getting the Obesity Act passed.

Providers argued that the bill could help change the treatment paradigm for obesity — allowing patients to try drugs to help them lose weight before resorting to more extreme measures like bariatric surgery.

Drug makers like Novo Nordisk, which stamped its brand on many of the brochures at the panel, like the bill too. Pharmaceutical companies have had an unexpectedly tough time selling a new wave of weight loss medications — and are eager for private and public insurers to start paying for the drugs.

Why is covering obesity medication verboten? When the Medicare Part D bill was signed into law in 2003, the country was recovering from a series of weight loss drugs — fen-phen in particular — that wound up harming patients. That reputation still lingers — which is one reason why drug makers like Arena Pharmaceuticals and Orexigen Therapeutics have stagnating sales.

The newer experimental drug beloranib, made by Zafgen in Boston, ran into safety problems, too; just this week, the company announced it was dropping work on the product after two patients died in clinical trials.

But there are about 10 weight loss drugs that are sanctioned by the Food and Drug Administration — and many physicians would like to see them deployed more effectively to treat obesity.

After all, the American Medical Association only recognized obesity as a disease in 2013.

“Almost no one has access to effective FDA-approved medications,” Kahan said. “This is the biggest challenge we have to work on: We’re handcuffed.”

For the most part, patients must pay for obesity medications out of pocket, Kahan said. Older, generic drugs like phentermine and phendimetrazine might just cost $30 to $40 per month, he said. Newer ones — like Qsymia and Belviq — tend to run $100 to $250 per month. Novo Nordisk’s obesity drug Saxenda, which is earmarked for use in morbidly obese patients, tends to run about $1,000 per month. 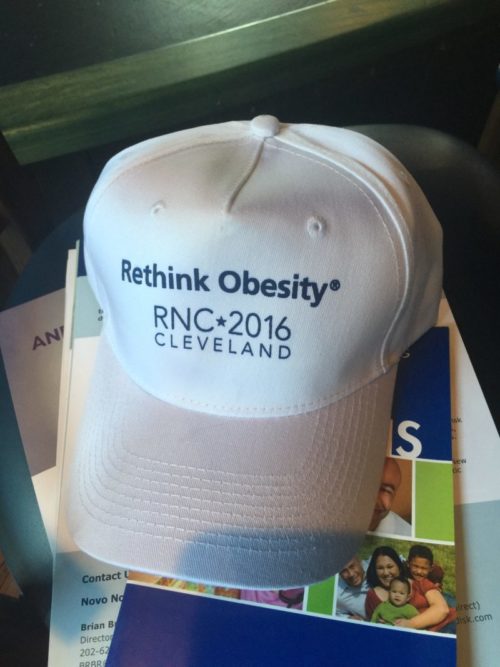 A question of cost

While drug companies have set up rebate programs and assistance programs to help offset some of the costs for patients, it’s not enough to generate massive sales of the drugs. Getting insurers on board could help.

“We’re hopeful that if this bill passes it will have a positive impact on commercial insurance as well — and [will get] obesity medications covered more broadly,” said Curtis Oltmans, corporate vice president and general counsel of Novo Nordisk.

Seeholzer, for instance, mentioned a patient who began an obesity drug, and then was able to discontinue four other drugs, for high cholesterol, high blood pressure, heartburn, and diabetes. “And now she won’t get sick,” she said. “Weirdly, we’re waiting for people to get sick, and then band-aiding, and wondering why our results are less than we hope for.”

The Medicare coverage bill has 158 cosponsors in the House and 12 in the Senate — with equal numbers of Democrats and Republicans, said Brian Branton, senior director of federal government affairs at Novo Nordisk. While there’s likely not enough time left to get it passed in this session, he said he has high hopes it will pass next year. The main hesitation he sees in lawmakers, he said, is concern about the cost of covering the drugs.

This story has been updated to include information about the physicians’ ties to the obesity pill industry.

Meghana covers biotech from Los Angeles and contributes to The Readout newsletter.

‘What was left for Haven?’: How Amazon’s health ambitions devoured Haven’s plans

By Casey Ross and Erin Brodwin

With remdesivir, Gilead finds itself at strategic crossroads, with its reputation (and far more) at stake

By Nicholas Florko and Damian Garde

By Erin Brodwin and Casey Ross