In-depth analysis of biotech, pharma, and the life sciences

Exclusive coverage and analysis of BIOTECH, PHARMA, AND THE LIFE SCIENCES

In-depth analysis of biotech, pharma, and the life sciences

Exclusive coverage and analysis of BIOTECH, PHARMA, AND THE LIFE SCIENCES

New drugs are moving more quickly to market today compared with those launched during the height of the Great Recession, but the pipeline is no faster than it was two decades ago. 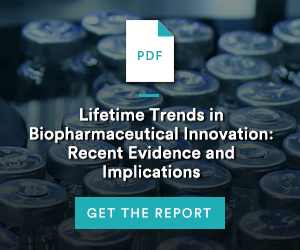 That’s a key finding of a new report, released jointly by QuintilesIMS Institute and STAT, that illustrates shifting forces that have high stakes for drug innovation and pricing. The report, which analyzed the lifespans of 667 new drugs launched in the United States over the past two decades, was prepared independently by the QuintilesIMS Institute, in consultation with STAT.

Unlock this article by subscribing to STAT+ and enjoy your first 30 days free!

Rebecca covers health technology. She is the co-author of the newsletter STAT Health Tech.

‘If this works, it changes everything’: Altos Labs founders lay out plan to reverse disease