The Omicron variant now accounts for 73% of Covid-19 infections being diagnosed in the United States, and in some parts of the country 90% of infections are caused by viruses from the Omicron strain, the Centers for Disease Control and Prevention said late Monday.

Though it’s been clear from Omicron’s astonishing spread elsewhere that it would rapidly take over from Delta as the dominant variant in this country, the speed is nevertheless startling to witness.

“What we are watching unfold is microbial evolution. This is remarkable,” said Michael Osterholm, director of the University of Minnesota’s Center for Infectious Diseases Research and Policy. “But this is what these viruses can do.” 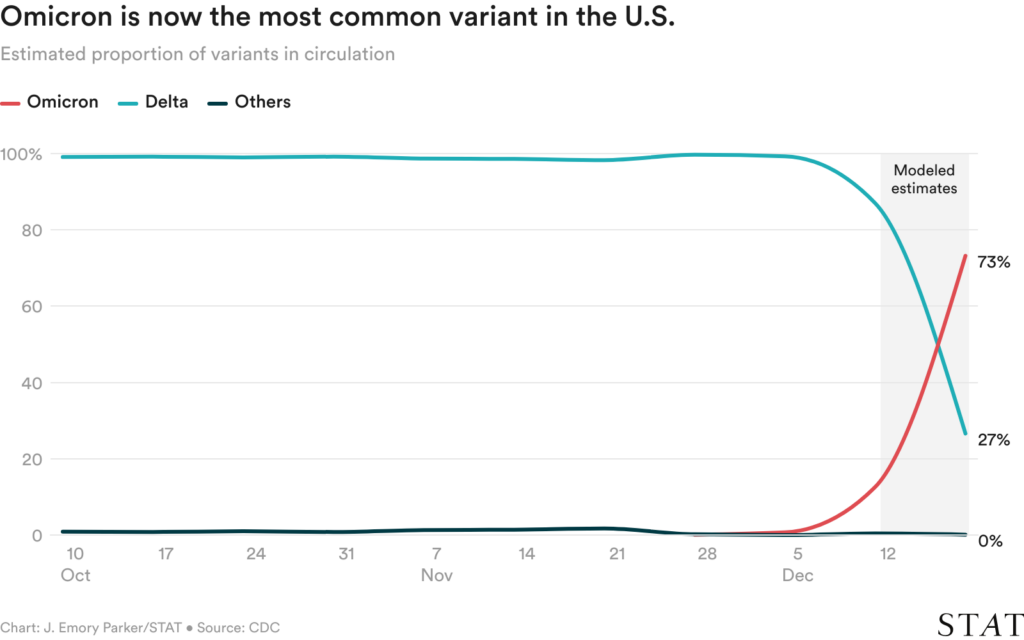 “This sharp rise in Omicron was expected and is similar to what has been seen worldwide,” the CDC said in a brief statement that urged people to use layered prevention strategies to slow the spread of the virus.

Those strategies include getting vaccinated, if you aren’t yet, and boosted if you are vaccinated and eligible for a booster. (Everyone 16 and older is eligible for a booster six months after their second dose of vaccine.) The agency is also urging people to wear masks in public indoor spaces, regardless of whether they are vaccinated or not. It suggests people who plan to gather with others over the holidays should consider using a Covid-19 rapid test.

In a year of unsettling Covid variants, Omicron tops the list, with its extraordinary constellation of mutations and its explosive transmission capacity. Viruses from this clan of the SARS-CoV-2 family are able to evade some of the immunity people have developed over the past two years, eroding the protective powers of two doses of even the mRNA vaccines and the immunity acquired by previous infections.

It appears, though, that people who are doubly vaccinated retain some protection against developing severe illness if they contract the virus. It also appears that getting a booster shot restores some of the protection the vaccines offered against previous variants.

The rapid spread of Omicron worries public health officials because of the sheer potential size of the wave it will create — both in the United States and globally. If many parts of the world are dealing with explosive transmission at once it will put a great deal more stress on global supply chains and the availability of necessary medical resources, Osterholm warned.

In any one location, more people sick at once will invariably put more pressure on health care systems, which have been struggling for weeks to cope with the punishing Delta wave. If breakthrough infections occur among health workers, hospitals that have already canceled elective surgeries and other non-urgent care may be pushed to their limits. 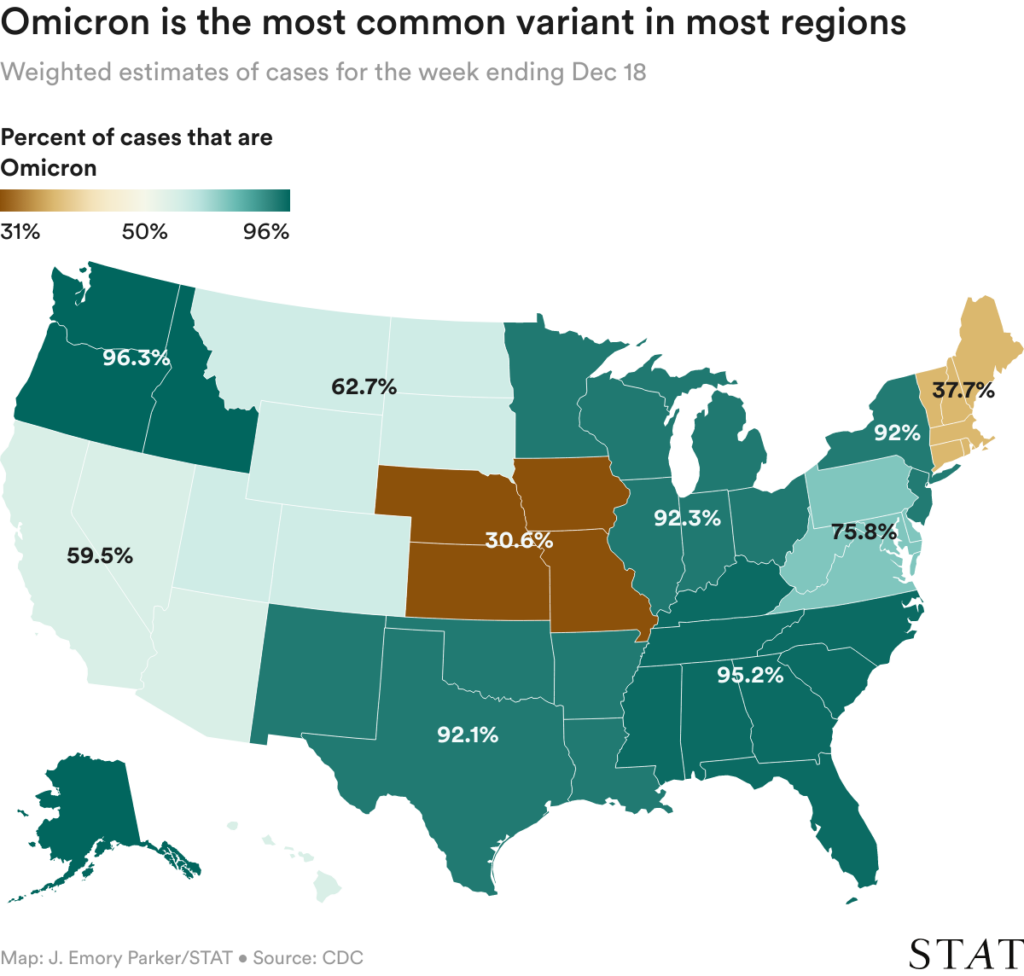 There are some hints that the virus may cause more mild disease — perhaps because it appears to prefer to replicate in the upper airways rather than descending into the lung to cause Covid pneumonia. Scientists in South Africa, which first reported the existence of the new variant, say fewer patients are requiring supplemental oxygen in this wave of infections and far fewer are ending up in intensive care.

But others caution against drawing conclusions about what level of illness the variant will trigger. For instance, scientists in South Africa are studying whether a wave of infections caused earlier this year by the Beta variant might have helped protect people there from Omicron. The Beta variant also had mutations that helped it evade the protection generated by vaccines, but it did not spread widely outside of South Africa.

They were the 10% left out of life-changing treatments. Now these cystic fibrosis patients may finally get help