How the Fed’s interest rate hikes will affect patients

The Federal Reserve is widely expected to raise its important benchmark interest rate this week, the second straight month of a significant hike. That means it will become even more expensive to borrow money for mortgages, loans, and credit cards.

It’s the credit card part that is especially pertinent for patients. Millions of sick and injured people who are uninsured or have large deductibles have put (or will soon put) their medical bills on a credit card — people like Tiffany Yarina. Years ago, she was uninsured, got cancer, put her bills on a Citibank card, and saw her credit get sucked into a “black hole.”

Higher interest rates from the Fed often translate into higher interest rates on credit cards and tighter credit limits. That will jeopardize patients’ creditworthiness, increase their costs, and potentially lead to more debt collection lawsuits and wage garnishments for people who can’t keep up. In other words, more people will feel the “financial toxicity” that Yarina felt.

Read more about the predicament for patients who use plastic.

Everyone lit their hair on fire last week after Amazon agreed to buy One Medical in a $3.9 billion deal — by far Amazon’s most serious investment in health care.

My health tech colleagues Mohana Ravindranath and Casey Ross and I brainstormed about some of the deal’s burning questions, such as: Will Amazon build beyond One Medical’s cherry-picked base of people with good health insurance to reach people who don’t have primary care? My Health Care Inc. colleague Tara Bannow also explored how Amazon has been involved with primary care for a while now.

It’s probably worth pumping the brakes on the “disruption” talk. Patients genuinely like One Medical’s virtual care and flexibility, but One Medical’s business model piggybacks off the lucrative insurance contracts from its hospital partners. One wild card that could determine how seriously Amazon takes this: Iora, a chain of clinics that care for seniors that One Medical bought for $1.4 billion last year. Iora takes on full financial risk for some of its Medicare patients — will Amazon make this a priority for even more patients?

Inflation has entered the chat

Insurers seem to recognize the “overall inflationary environment” and are accepting higher prices for 2023, HCA Healthcare CEO Sam Hazen told investors Friday. By 2024, he anticipates HCA will be able to raise prices by “mid single digits” instead of the typical 3.5-4%.

Tenet Healthcare CFO Dan Cancelmi was a little less sanguine on how high they can push: “We get questions a lot about, ‘Will you get rate increases from the plans to cover the (Consumer Price Index) increase of 8 or 9%?’,” he said. “We don’t see that happening.”

The Wall Street Journal reported in May that hospitals could be asking for price increases as high as 15%. RIP your premiums and pay raises next year.

When a Medicare Advantage contract falls through

Anthem — sorry, Elevance — is bowing out of its bid to put New York City retirees on its Medicare Advantage plan. The 2022 rollout kept getting pushed back because of a legal feud and because the city couldn’t give necessary details to move this thing along, Tara writes.

“Quite frankly, Medicare Advantage contracts take a lot of work to set up, and we wanted to make sure the members were best-served,” CEO Gail Boudreaux explained on the insurance giant’s second-quarter earnings call. “We’ve served these members for a long time, and we needed greater certainty.”

Boudreaux didn’t mention the widespread pushback — even protests in front of City Hall — from would-be members, many of whom were skeptical about privatized Medicare. She also didn’t mention the financial ramifications. The NYC MA plan was going to cover more than 200,000 people, meaning that Elevance’s decision to bow out will cost them at least $2 billion in future annual revenue. Not that it’s struggling.

Don’t underestimate how many retirees have been corralled into Medicare Advantage. This NYC contract would have increased the employer MA population by another 4-5% on its own, according to the latest MedPAC data. 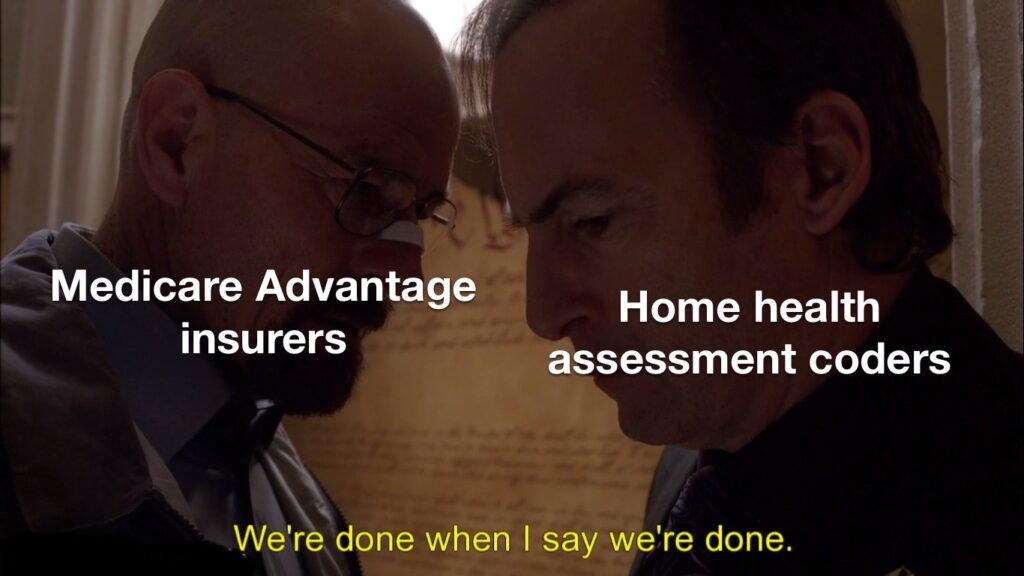