Everyone is duking it out over surprise bills

The new arbitration process to handle surprise medical bills has been, frankly, a mess. Putting aside the numerous provider-led lawsuits against it, providers and health insurers now are accusing the other of gumming up arbitration with delay tactics and acting in bad faith.

All eyes are on the federal government to finally roll out rules that will determine exactly how out-of-network disputes within arbitration get settled — rules that will also portend whether the law will continue to get dragged through litigation. There has been no shortage of lobbying on all this over the last few weeks.

Since June, nearly 50 lobbyists and patient advocates have met with officials from the three federal departments developing the final rules — Health and Human Services, Labor, and Treasury. Lobbyists for air ambulances and emergency room physicians have been particularly eager to influence the outcome, representing a majority of the meetings. Private equity owns all of the provider groups that are involved.

Last Monday, newsletter co-pilot Tara Bannow and I were closely watching Medicare’s 2023 payment regulation for hospitals, and, well, we willed it into existence.

Hospitals won big on the base payment — the highest payment increase from Medicare in 25 years. They’re still unhappy, claiming the raise still falls short of offsetting inflation and staff shortages.

Tara also noticed Medicare scrapped a plan that would have hidden certain hospital safety data next year. She writes that Medicare apparently was swayed by dozens of patient safety advocates who blasted the proposal. Hospitals wanted the data under wraps, arguing the data will be misleading because it’s skewed by the pandemic.

One other nugget caught my eye: Medicare officially extended special add-on payments for Veklury, the coronavirus treatment that patients receive intravenously in the hospital. Veklury, also known as remdesivir, has pretty modest benefits in the grand scheme of things. But these special add-on payments will result in an extra $355 million next year for hospitals.

What will employers do with dialysis coverage?

When the Supreme Court ruled this June that employers could restrict dialysis coverage and not run afoul of Medicare’s coverage laws, the immediate thought was: Won’t other employers rush to do this?

I spoke with Ryan Work, a lobbyist for the Self-Insurance Institute of America, an employer group that filed an amicus brief that supported the winning party in the case. This is part of our exchange, edited for brevity and clarity:

Will more employers do what Marietta did and make all dialysis out-of-network care?

But I can envision someone on dialysis dropping employer coverage and going to Medicare before they need to, just so they don’t have to deal with the out-of-pocket hassle anymore.

That’s literally what happened in the Supreme Court case. The patient dropped the employer coverage and jumped onto Medicare.

“There’s fuzzy areas in MSPA between Medicare coverage and coverage in the private sector. We want plans to continue to operate in an appropriate manner. But that also doesn’t mean the plans should be on the hook for everything because DaVita wants to charge them higher prices versus what they’re going to get out of Medicare.”

A new lawsuit is unfolding between two massive insurance brokerages, Gallagher and Alliant. Employers hire these companies — along with other giants like Aon, Willis Towers Watson, Marsh McLennon, and Lockton — to help them set up medical and drug coverage for their workers and manage bids with insurers.

The allegations are as juicy as they can be for something involving insurance: Gallagher claims Alliant is “engaged in a corporate raid of Gallagher’s Chicago office” by poaching eight Gallagher employees, all of whom resigned around the same time without giving enough notice. Gallagher then alleges Alliant used those employees “as double agents” so they could get in touch with and steal Gallagher’s employer clients.

This business is all about retention, as employers rarely change health benefits brokers. But there is a statement in a separate filing that inadvertently exemplifies how employers have little to no idea what’s going on in this space. This comes from Gallagher, which argues it’s “virtually impossible” for Alliant to call Gallagher’s clients without the confidential information held by the departing employees:

That’s right: “Even Gallagher’s clients” don’t understand what they are truly being charged. A hearing on Gallagher’s request for an injunction is scheduled for Tuesday. Gallagher declined to comment, and Alliant didn’t respond. 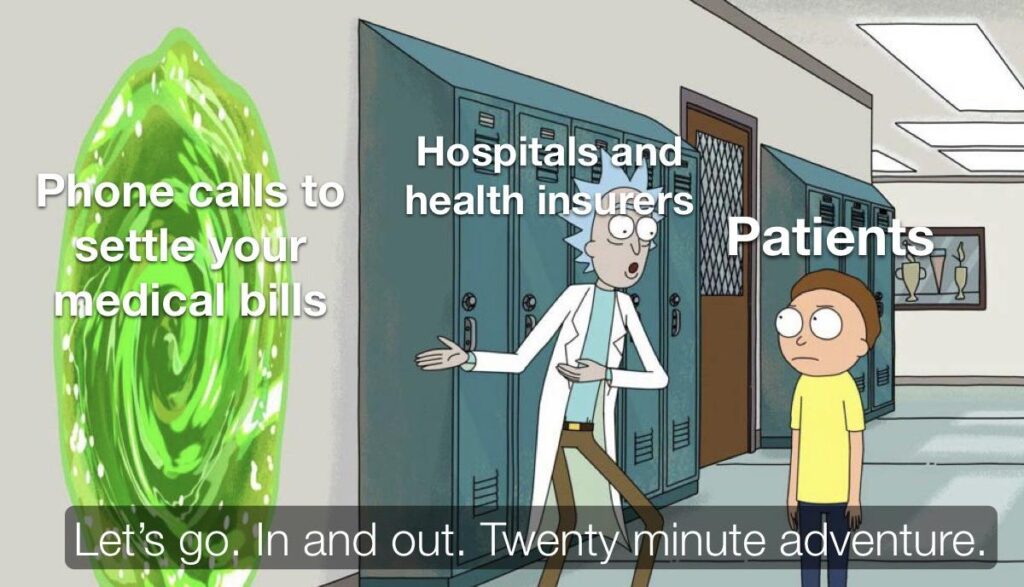