Private equity firms have latched on to almost every corner of health care. But a new, deeply reported story from Tara taught me something new: Private equity investments have engulfed a type of autism therapy called applied behavior analysis.

ABA usually involves time-intensive assessments and specialized treatment plans for each child, all with the goal of helping kids learn more social skills and understanding their behavior. So why is it appealing to private equity? Guaranteed payments, and a growing patient population. Every state mandates insurance coverage of ABA, and 1 in 44 kids are now estimated to have autism.

Over the past four months, Tara interviewed more than three dozen families, clinicians, and experts who shared their experiences receiving or working in ABA. Some parents felt pressured by providers to put their children in upwards of 40 hours of ABA per week, leaving little room for other therapies or even family time. ABA workers, underpaid and overworked, feel burned out. One board certified behavior analyst told Tara she felt like a “billing machine, trying to make as much money for private equity as possible.” Government auditors have even found some literally impossible instances of billing, like a person in Nevada who invoiced 65 hours of therapy for one day.

ABA providers contend that high-quality care is their top priority and that they are not cutting corners. But families and clinicians say investors’ fixation on profit has degraded the quality of services kids receive, which Tara writes has turned ABA “into the equivalent of fast food therapy.” Read her entire investigation. And also read Tara’s other piece on who the biggest private equity players are in the ABA space.

A renewed gift for the ACA marketplaces 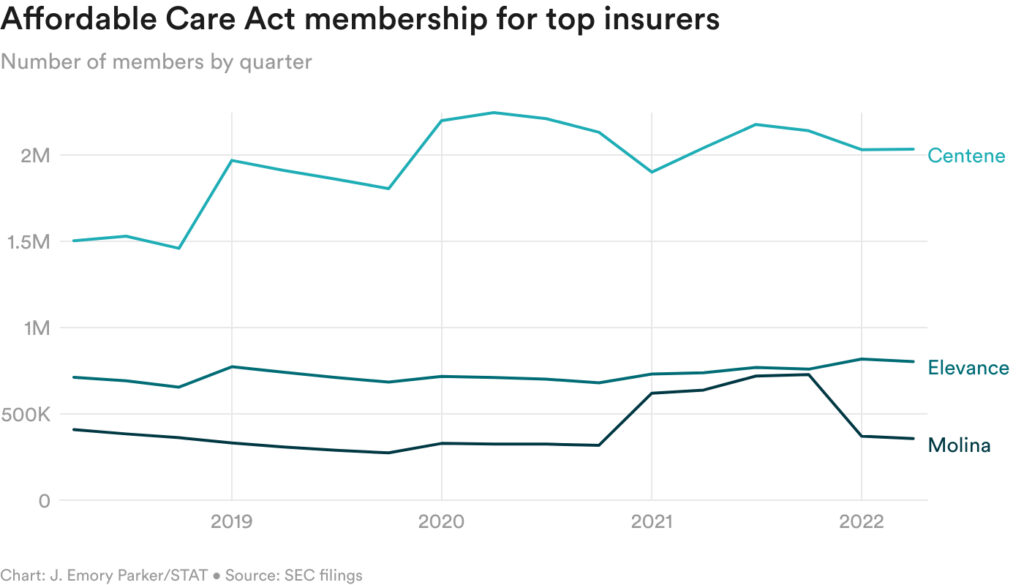 The drug pricing provisions are a cornerstone of the major health, tax, and climate package that the House sent to Biden’s desk on Friday. And some of the savings from those changes are going to pay for a three-year extension of beefed-up subsidies for coverage on the Affordable Care Act marketplaces, which will prevent millions of Americans from experiencing sticker shock right around the midterms.

The expanded premium subsidies that rolled out in 2021 have made ACA plans a lot more affordable for a lot more people who don’t get health insurance through their jobs — a record 14.5 million people signed up for coverage this year. Many folks who live close to the poverty line didn’t have to pay a dime in premiums, which goes a long way in getting covered.

These subsidies also significantly benefit health insurance companies that sell ACA plans. Prominent ACA insurers like Centene, Elevance, and Molina have maintained or increased their ACA membership over the past couple years, and they would much rather have Uncle Sam continue to pay more of their members’ premiums.

The subsidies cost roughly $25 billion per year. That’s because more people are keeping or gaining coverage, and because ACA plans pay hospitals and doctors closer to commercial prices instead of Medicare or Medicaid rates. It’s also worth noting the subsidies don’t change the problems that have always plagued ACA plans: high deductibles, very narrow networks of doctors and hospitals, and high rates of claims denials.

A hospital lightning round

A bevy of tax-exempt hospital systems have released their second-quarter financial filings over the past week. Two things have become apparent: Hospitals everywhere are losing a lot of money on their investments (Wall Street is normally a steady source of income), but while some hospitals indeed continue to struggle, many hospitals are not close to being on the brink of collapse, despite a widespread effort to claim they are.

Remember Daniel Haller, the New York surgeon who sued to strike down the federal surprise billing law by claiming it violated his constitutional right to balance bill patients? Well, a judge dismissed his case last week, torching his arguments in the process. You can read the decision here.

Haller and his legal team could appeal, but it’s unclear whether they want to spend the money to do so. They have not responded to multiple attempts for comment.

This is the only lawsuit that attempts to kill the entire No Surprises Act. The other seven pending cases, all initiated by providers, target the law’s arbitration process and will move forward once the government puts out final rules in the coming weeks. 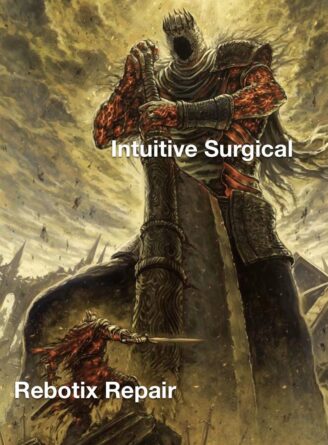 (An antitrust suit brought by Rebotix Repair, a small firm that fixes surgical robot instruments, against Intuitive Surgical, a dominant device maker that forbids outside companies to fix instruments on its da Vinci surgical robots, is going to trial.)