A heavyweight group of former Medicare officials and payment experts is calling on the federal government to overhaul how Medicare pays physicians, which they say has morphed into a system that is “mind-numbingly complex and nontransparent.”

Their letter is significant in both the substance and who signed on — it includes a handful of people who are now retired from CMS and therefore are more willing to be candid.

These experts had especially harsh words for the American Medical Association’s Relative Value Scale Update Committee, or the RUC. The notoriously secretive group advises Medicare on how to value the 8,000 payment codes used for physician services by estimating things like the time it takes to do certain procedures, and Medicare almost always takes up their recommendations. But the RUC continues to use unreliable and flawed data, the experts said, and the entire idea of physicians helping to set their own pay remains one of health care’s biggest conflicts of interest.

“It’s all bull,” Robert Berenson, a longtime critic of the RUC who signed the letter, said in an interview when asked about the group’s processes. “It’s imaginary work, and it’s amazing that other clinicians accept it, which suggests that it’s really a political process and not an objective evaluation of work.”

Read the story, which includes an interview with the AMA’s current RUC chair, Ezequiel Silva, and highlights two “particularly egregious” examples of procedures that appear to be wildly overvalued.

The Blues antitrust settlement is getting appealed

Last month, a federal judge approved a $2.67 billion antitrust settlement against the Blue Cross Blue Shield insurers. The settlement signaled an end to the decade-long litigation, which centered around allegations that BCBS plans drove up everyone’s health insurance premiums by colluding and avoiding each other’s turf. But now, that settlement is in flux.

That’s because three employers — including the big orange home renovation store Home Depot — appealed the settlement late last week. The employers and their attorneys did not say exactly why they were appealing. But based on some prior legal filings, these companies were not particularly enthused with how Blues plans would be policed in the future.

Read the story, which includes links to numerous court filings and explains more about their gripes.

Want to know how great or crappy every upcoming Medicare Advantage plan is? MA’s star ratings for 2023 plans are due to come out Oct. 6, according to a memo from CMS.

The government gives MA plans anywhere from one to five stars, all of which is based on things like how well the insurer helps out its customers and whether the insurer prods seniors to get their recommended screenings. Insurers always want to get at least four stars, because that means they get bonus taxpayer money.

More insurers than ever are getting at least four stars. It sure looks like the Lake Wobegon effect has taken root in Medicare Advantage. Stay tuned to see what the stars look like for next year.

Ardent, a chain of 30 hospitals with north of $4 billion in revenue, is no stranger to financial investors, Tara writes. Welsh, Carson, Anderson & Stowe became the first back in 2001. Ardent is now majority owned by the Chicago-based private equity firm Equity Group Investments. EGI agreed to sell a portion of its stake to Pure Health, retaining its majority position.

It’s unclear why Pure Health or its parent company are interested in Ardent. Pure Health won’t get a board seat and doesn’t plan to collaborate on care delivery or expand Ardent’s footprint. Pure Health owns more than 25 hospitals, more than 100 clinics, more than 160 laboratories, and sells medical supplies. It drew the equivalent of $1.8 billion in revenue in 2021, according to Alpha Dhabi’s annual report. 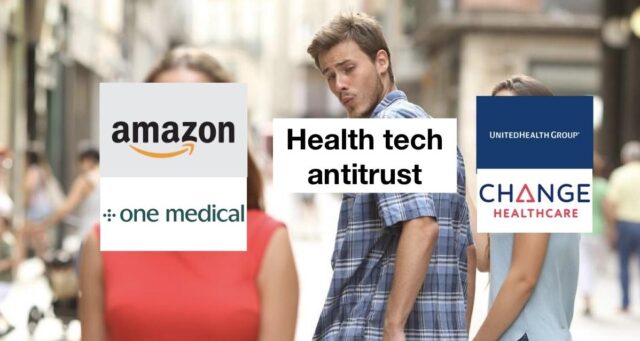