Medicare unleashed an avalanche of payment regulations and rules in the past week, and there was a subtle theme hanging over everything: Don’t rock the boat too much for the industry or for seniors, a crucial voting bloc in this week’s midterm elections.

Most notably, CMS punted, yet again, on whether to make Medicare Advantage audits more aggressive. A decision now won’t be made until February. Medicare Advantage insurers despise the thought of the government clawing back more money through these audits, known as “risk adjustment data validation” or RADV. This regulation has been in the works for four years, but CMS said “additional time continues to be needed to address the complex policy and operational issues that were raised.”

CMS also threw “a lifeline to home health,” according to Spencer Perlman of Veda Partners. It gave home health companies a higher inflation pay increase than what was originally proposed, and it said cuts associated with a new payment methodology will be phased in over two years. Medicare’s aggregate payments for home health will now increase by 0.7% next year, instead of declining 4.4%.

Medicare’s physician and hospital outpatient rules, nearly 5,000 pages combined, also mostly avoided controversy. Physician payment cuts were out of CMS’ hands, and the agency went easy on quality reporting requirements for a new type of rural hospital. Read more about how doctors are turning to Congress to fix Medicare’s payment cuts. And my colleague Tara Bannow has you covered on the final rules around so-called “Rural Emergency Hospitals.”

Many people are tricked into enrolling in Medicare Advantage plans through “deceptive” or “fraudulent” marketing practices, according to a Senate report released by Ron Wyden (D-Ore.). For example, some are lured in by false promises of plans that increase their Social Security checks, and some receive enrollment mailers that look identical to official government documents.

The stuff outlined in Wyden’s report is mostly what comes from insurance brokers and third-party marketing groups that try to generate leads for Medicare Advantage insurers. And as Cheryl Clark has reported in a series for MedPage Today, those brokers have big incentives to shuffle people into MA plans. For some, their commissions are three times more for MA than Medigap plans.

But insurers are still very much involved with marketing. CMS recently said insurers can’t run their TV ads — which you’ll see if you watch cable for more than 10 minutes — until CMS approves them.

Insurers also aren’t afraid to go directly to customers. One anecdotal example: My grandma’s recent bingo game was sponsored by Humana, which catered food. A salesperson gave a spiel about Humana’s plans for a few minutes, and if people wanted more information, they could attend another meeting. My grandma’s take: “The food was good. It was breaded chicken, potato salad, and Hawaiian rolls … [Humana] gave me something to read. I threw it in the garbage.”

Digging into the Abiomed buyout

Johnson & Johnson is acquiring Abiomed, which makes the Impella heart pump, for $16.6 billion, or $380 per share. A few things from the deal stand out.

First, Abiomed is a relatively small company with 2,000 employees, so this buyout is going to make a lot of them rich. No one will benefit more than CEO Michael Minogue, who is routinely one of the highest-paid medical device executives in the country. Minogue will take home $240 million from this deal, based on the most recent estimates of what would happen if the company were sold.

Second, there’s a notable hospital connection here. Chris Van Gorder, CEO of Scripps Health, a hospital system in San Diego, sits on Abiomed’s board and will get more than $2 million from the buyout. Scripps Health also happens to buy Impella pumps, according to company disclosures.

Finally, J&J is willing to pay an additional $35 per share if Abiomed hits certain milestones. Half of that amount ($17.50 per share) will be paid out if sales of Abiomed’s heart devices exceed $3.7 billion in 2027. Revenue this year is expected to be around $1.1 billion. That means Abiomed has five years to sell, sell, sell more of what Yale University cardiologist Harlan Krumholz called a “controversial device, massively expensive, uncertain efficacy, some safety concerns, and an absence of large-scale trial data.”

How Microsoft is sharing your health data

A product sold by a Microsoft subsidiary is offering doctors relief from the burden of transcribing notes from every patient — but with significant strings attached, my colleague Casey Ross reports.

An artificial intelligence system from Nuance Communications, which Microsoft bought earlier this year for $19.7 billion, records physicians’ conversations with patients and automatically uploads the relevant parts into the electronic health record system. However, as part of a project to improve the AI system’s accuracy, hospital systems must share patients’ most sensitive information with corporations.

“Lawyers are concerned about complying with privacy laws. Ethicists question whether it’s OK to feed patient data into a corporate development pipeline that doesn’t directly compensate them. Doctors want to protect the sanctity of their conversations with patients, but they also want relief from hours of daily documentation tasks,” Casey writes. 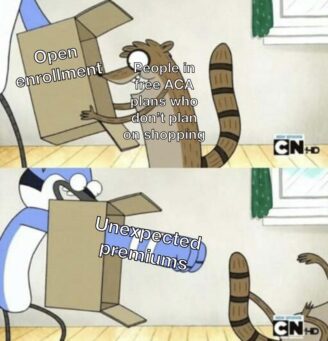 (h/t to David Anderson for the inspiration)