Lorri is far from average. When she was diagnosed with amyotrophic lateral sclerosis (ALS), commonly known as Lou Gehrig’s disease, she said “I was going to have to keep living and not give in.”

While there is no cure for ALS, patients like Lorri are fighting for a brighter future. The ALS Association alone has committed well over $40 million since the Ice Bucket Challenge to find effective treatments and a cure for the disease.  Alongside their global research partners, including biopharmaceutical research companies, the number of scientists working on ALS has increased dramatically, bringing hope to patients and families impacted by the disease. While patients fight for their lives, researchers are doing their part to help battle against rare diseases, like ALS.

Today, there are more than 560 medicines in development for many of the 7,000 known rare diseases. When examined together, however, rare diseases are not all that rare. In fact, 30 million Americans – nearly 10 percent of the population – are affected by a rare disease. Sadly, approximately half of those affected worldwide are children. In the United States, if a disease affects fewer than 200,000 people, it is generally defined as “rare.” But more often than not, rare diseases impact significantly smaller groups of patients. 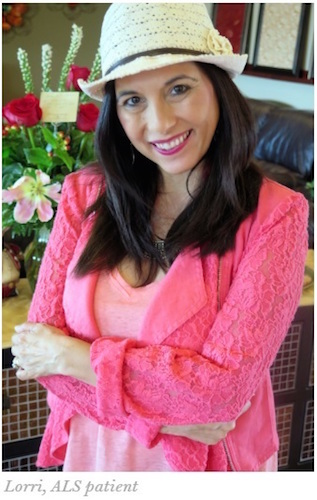 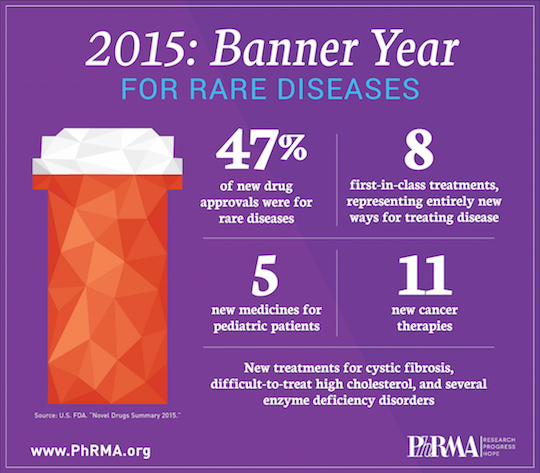 Developing medicines for patients with rare diseases presents one of the most scientifically complicated health challenges of our time. But there is hope, despite a complex and difficult journey for patients, doctors, and caregivers alike to diagnose and treat these diseases. The progress made by biopharmaceutical researchers has contributed to new technologies and a growing understanding of the science behind many of these diseases. In the past decade, more than 230 new orphan drugs were approved by the U.S. Food and Drug Administration (FDA). In 2015 alone, nearly half (47 percent) of novel new drug approvals were for rare diseases, including therapies for multiple myeloma, cystic fibrosis, difficult to treat forms of high cholesterol, and several enzyme deficiency disorders. Many of the new medicines provide treatment options for patients where there were few or none previously available.

Lorri was just one year older than Gehrig when she was diagnosed with ALS.

“I was only 37, but I had hallmark symptoms of the disease,” she says. She knew there was work to do and more would be necessary in the future to combat this complex disease.

Patients like Lorri now live their lives with the hope for a brighter future for research and progress – and a world without ALS.

Rare diseases pose questions we do not yet know all the answers to. But the perseverance of biopharmaceutical researchers working alongside the greater rare disease community is driving innovation and advances in science, giving patients across America the opportunity to live longer, healthier lives as new medicines are being developed each year.

Like Lorri said, she had to “keep living.” In return, the biopharmaceutical industry will keep fighting for her and millions of other patients living with rare diseases.

Learn more here about how the biopharmaceutical industry is fighting disease.