Thousands of molecules in the body are known to influence disease, but creating medicines that can interact effectively with most of them is a challenging task. It’s been estimated that out of roughly 4,000 potential molecular targets, only a quarter actually have a medicine that can reach and act on them.

Historically, there have been many hurdles to “drugging” certain targets in the body. Some, like genes, couldn’t be accessed by any available mode of treatment. Others eluded existing types of therapies because they were too large, too complex, or too smooth for medicines to latch onto.

Researchers sometimes call these difficult targets “undruggable”. But that term isn’t quite accurate because recent research advances have brought many more targets within reach.

These efforts are already resulting in new therapies and will likely lead to many more. Below are some strategies Genentech and its collaborators are using to expand the frontiers of the druggable universe. 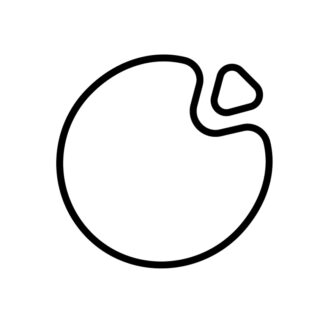 A small molecule can exploit a lapse in KRAS’ defense

Approximately twenty percent of all cancers involve mutations in KRAS, making it among the most common causes of cancer cell growth. Yet, KRAS has been a notoriously “undruggable” target. Until recently, there weren’t any approved medications that successfully targeted KRAS.

KRAS is a challenging target, in part, because it is a mostly featureless sphere, devoid of pockets and crevices where a therapeutic molecule can nestle itself. And because normal KRAS is essential to maintaining the health of normal cells, a therapeutic compound would need to be able to distinguish between normal and mutant KRAS forms and then alter only the mutant form. Recent research has identified a pocket in mutant (G12C) KRAS which occasionally opens, making it possible for a small molecule to slip in. The right molecule could bind to the pocket permanently, locking just the mutant protein in an inactive state and preventing uncontrolled cell growth that characterizes cancer. 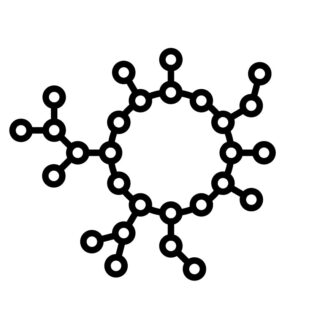 Macrocycles get between proteins

Many of today’s medicines are small molecules that affect a single protein’s function by tucking into a little crevice or pocket on its surface. But diseases often arise when two proteins interact in an abnormal way. A small molecule nestled into a crevice on one of the proteins has little chance of keeping them apart.

This is where macrocycles come in. Macrocycles are ring-shaped molecules that can keep proteins from coming together in unwanted ways. New computational methods allow researchers to perfect these structures for protein-protein interference, giving them the potential to treat diseases that have long evaded traditional small molecules. 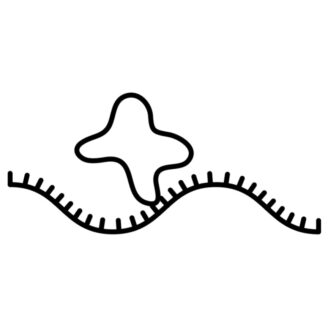 Typically, after RNA is copied from DNA, but before it can direct protein production, it needs to be modified to remove unnecessary sections. This process is known as RNA splicing. If mistakes occur during the splicing process, the resulting flawed proteins can cause disease.

Through a combination of cell-based screening, bioinformatics and biochemistry, Genentech and its partners are developing a better understanding of RNA structure and variations in splicing. With that knowledge, scientists can develop new small molecule RNA modulators to eliminate a flawed snippet of RNA from the protein production process. The hope is that RNA modulators can be directed toward challenging targets such as in cancer and neurological disease. 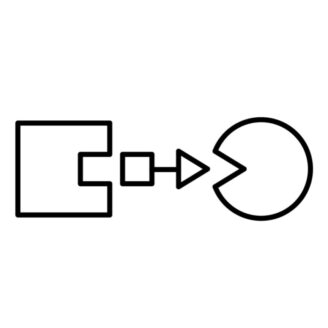 Cells are efficient. After a protein has served its purpose, it’s tagged for destruction and broken to bits. This natural housekeeping function might be useful as the basis for medicines that are called chemical inducers of degradation (CIDEs).

Scientists can design CIDEs to add a molecular tag to a particular protein, marking it for degradation. This strategy is advantageous because protein degradation is an essential component of nearly every cellular process. Virtually any unwanted protein has the potential to be eliminated this way, and Genentech is studying this approach across many therapeutic areas. 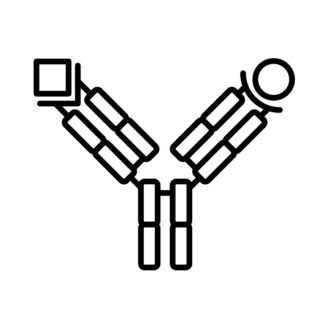 Every medicine must be able to reach the intended target and modify it without disturbing similar molecules involved in healthy biological processes. One way to improve the precision of a medicine’s effect is by harnessing antibodies.

Antibodies bind to specific proteins, making them an ideal vehicle for going after one particular molecular target. Antibody-drug conjugates take this one step further by attaching a medicine to an antibody that binds specifically to the drug’s target, carrying it exactly where it needs to go. Bispecifics represent another modification to antibodies, and are able to bind to two targets at the same time as opposed to one. They can help the immune system recognize and destroy cancer by bringing tumor and immune cells together.

These are just a few examples of approaches Genentech is using to drug the “undruggable.” Although not every new idea will lead to a breakthrough medicine, each one expands the understanding of disease at the molecular level and the ability to create new and better medicines. With this systematic approach, Genentech seeks to improve the lives of patients everywhere, one target at a time.

Learn more about how Genentech is working to make the undruggable druggable.