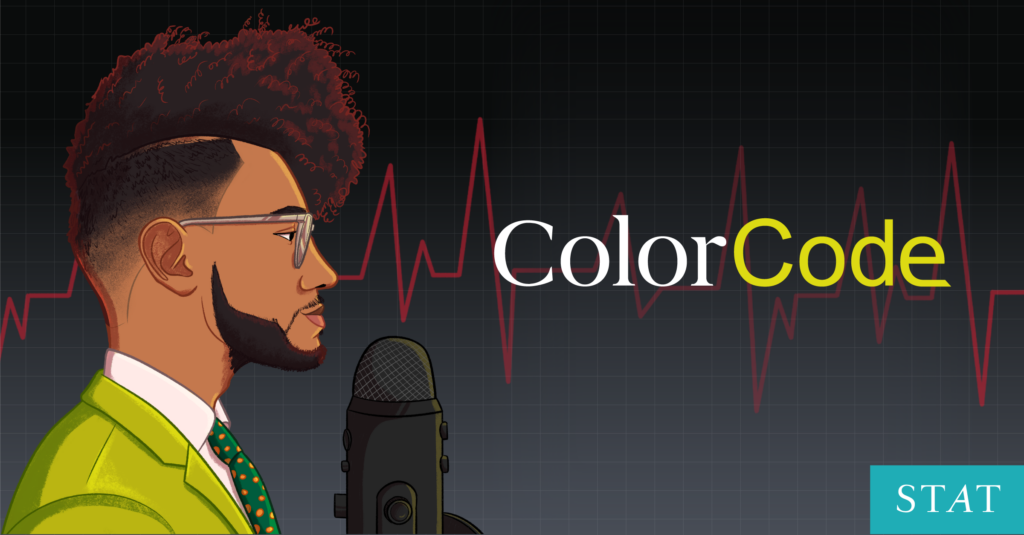 BOSTON– STAT, the leading media company reporting on health, science, and medicine, is proud to announce the launch today of Color Code, a podcast covering the intersection of race and medicine hosted by the outlet’s award-winning journalist, Nicholas St. Fleur. The podcast aims to illuminate the history of racism in health care, how it continues to impact people of color, and what needs to be done to create an equitable system. Color Code’s first episode will be released on March 21st. Here’s a trailer.

“We need to understand racism from both a historical and present-day standpoint if we want to make real change in our medical system,” said Color Code podcast host and reporter Nicholas St. Fleur. “Through our reporting and expert interviews, our team at Color Code hopes to give listeners insight into the way that racism is institutionalized throughout medicine. I am thrilled to be launching this project.”

“For years, STAT has pursued ambitious journalism that exposes structural racism in health, science, and medicine,” said Rick Berke, STAT executive editor and co-founder. “No other news organization has a podcast devoted to race and medicine, and Nicholas’s reporting is more vital than ever.”

All STAT podcasts are available on streaming services, including Spotify, Stitcher, Apple, and Google. STAT also hosts First Opinion, a weekly podcast that discusses people, issues, and ideas that are shaping the life sciences.

Founded in 2015, STAT is a national digital media brand that focuses on delivering fast, deep, and tough-minded journalism about the life sciences industries to over six million monthly site visitors and an additional 20 million readers on the Apple News app. STAT takes you inside academic labs, biotech boardrooms, and political backrooms, casting a critical eye on scientific discoveries, scrutinizing corporate strategies, and chronicling the roiling battles for talent, money, and market share. With an award-winning newsroom, STAT provides indispensable insights and exclusive stories on the technologies, personalities, power brokers, and political forces driving massive changes in the life sciences industry — and a revolution in human health.

Nicholas St. Fleur is a general assignment reporter and associate editorial director of events at STAT. He covers the intersection of race, medicine, and the life sciences, and was previously a Knight-Wallace Reporting Fellow for STAT. He won the 2021 Evert Clark/Seth Payne Award for Young Science Journalists for his “reporting, particularly on topics around race, medicine, and research.” Prior to joining STAT, he was a freelance science journalist in the San Francisco Bay Area covering archaeology, paleontology, space, and other curiosities of the cosmos. He previously worked for The New York Times and The Atlantic, and completed internships at Scientific American, Science Magazine, NPR, and the San Jose Mercury News. Nicholas received a B.S. in biology from Cornell University and is a graduate of the Science Communication Program at the University of California, Santa Cruz.